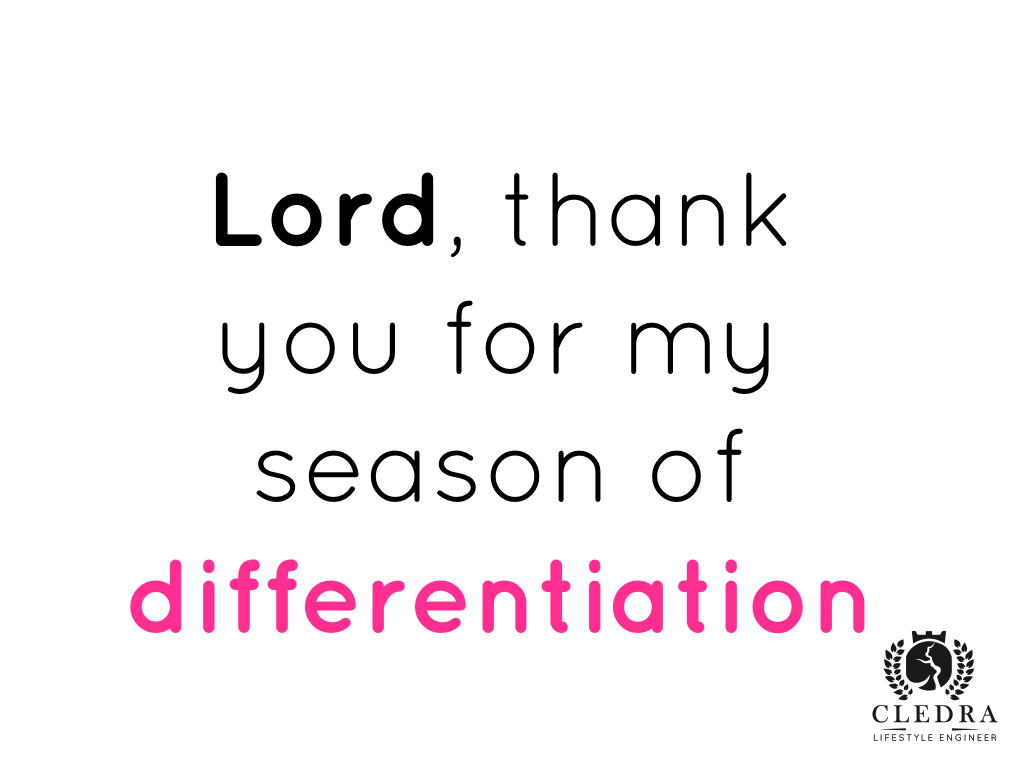 I have had 2 very significant turning points in my life. Significant because when they happened one thing changed…everything.  The first was the day I heard the doctor say “Cledra his heart has stopped” and she was talking about my only baby. The second was the day my husband walked into our home and said “Your Dad passed today”.

Beyond the grief and pain the thing that has challenged me is the response by those closest to me.

I’m writing this because as GOD allows me to work with more clients to support them through their season of dropping ALL weight I notice what happened to me is actually COMMON.  Client after client will say  ” I can’t believe the way my relationships have changed with people I really thought would be happy for me or would’ve supported me through this”

Here’s what GOD has allowed me to see…it’s a season of differentiation. Now y’all know I’m a nerd so it’s gonna SOUND like I’m going on a nerd tangent but prayerfully and patiently continue…

DIFFERENTIATION in mathematical terms… the essence of calculus is the derivative. The derivate is the instantaneous rate of change of a function with respect to one of its variables.

STAY WITH ME…This is equivalent to finding the slope.
PLAIN TALK FOR LIFE…it’s finding out who you REALLY have in your life and what it takes for them to “DIP”(slope)…leave

GOD is more interested in the derivative…knowing the DIP point for those in your life because where HE is taking you requires folk who will not go when the wind blows! GOD needs you to know how strong you are and the TRUTH about who you have in your life and more importantly where they REALLY BELONG.

I know all too well that differentiation is painful however I also know on this new day that it is liberating.  YOU AND I ARE STILL HERE!! WE MADE IT WITHOUT THEM!  WE MADE IT WITH GOD! That…that’s the good news.

WE ARE STRENGTHENED THROUGH DIFFERENTIATION & OUR LIVES PURGED FROM WHAT ONLY LOOKS GOOD BUT SERVES NO PURPOSE.

Last…bless those GOD has repositioned.  I held on to anger too long not realizing that GOD in his loving merciful way was releasing people that he knew I otherwise wouldn’t have released.  Let them blow away and be thankful for the wind(your storm) that showed you their level of attachment.